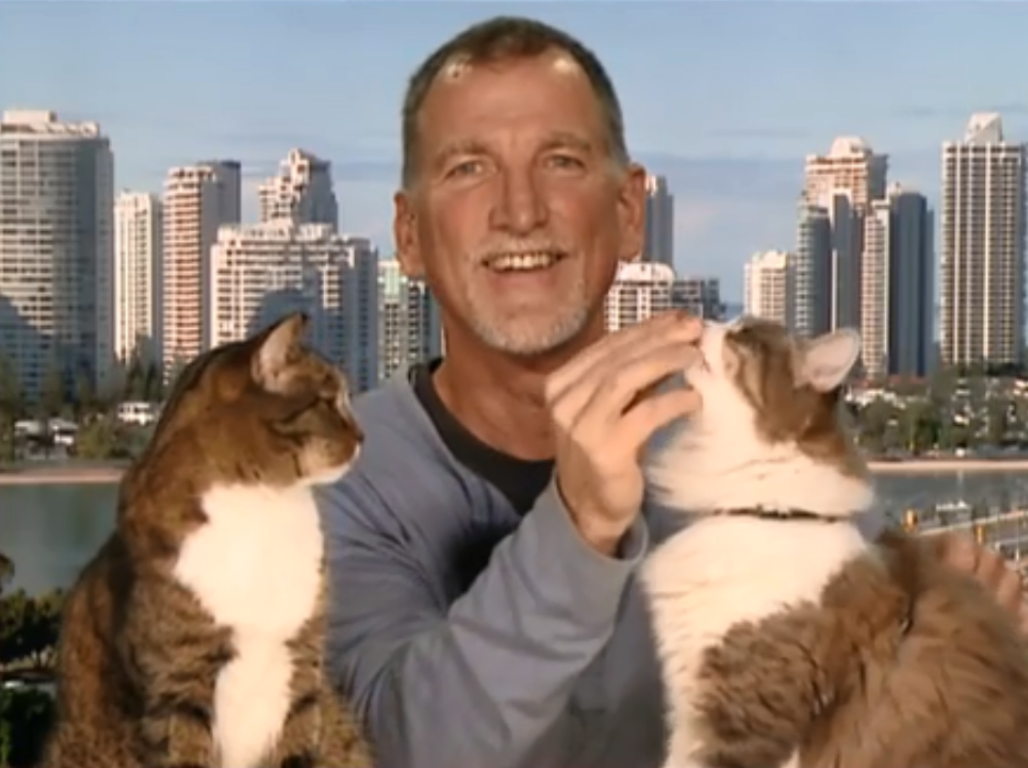 Sometimes we just have to admit to ourselves that a cat has more talent and success than us, and that’s okay. The Hooman behind the World’s Most Talented Cats made an appearance on The Morning Show so we could meet his feline friends Bindi and Didga. Lucky for us, he gave everyone a tip or two on how to train our own cats.

Kylie Gillies and Larry Emdur from The Morning Show asked all the hard hitting questions. They spoke about how Robert trained his cats in preparation for breaking two Guinness World Records and the key differences between dogs and cats. This is probably the most impawtant TV you could watch since the Royal Wedding.

Robert Dollwet was once a pet trainer to the stars of Hollywood, now his cats are stars! Since his Boomer and Didga became Guinness World Record holders, Robert has been yoinked from behind the camera to show off his training and the cat’s tricks.

All of Robert’s cats are rescues, including his two newest additions Bindi and Jeb. Bindi and Jeb were fosters before they became permanent fixtures in the family. He even refers to them as ‘foster failures’ meaning he just had to keep them! But really, how could you not adopt these pawfect little fur babies?

Now, a lot of us may already have cats and you’re probably thinking this is your next career path, but we have some bad news for you. When asked by Kylie how he got the cats to perform all of their tricks Robert answered “you need to break things down into micro, micro baby steps and have a lot of patience”. Cats (although cute) are very hard to train and can sometimes have a bad cattitude. Sorry to put the paws on that dream!

You don’t need to give up hope just yet though, it’s still pawsable to achieve your cat-tastic dreams. Catmantoo has been kind enough to share some of his top tips while he was on the show, you can read the up on the interview and view the full video here.

This really is the best TV you could get your eyes on, pinky pawmise!

If you’re loving the look of these furry friends and you’d like to but their paws to good use, get in touch with us by clicking here.